Travelling in the Marca Trevigiana: history, landscapes and traditions


A thousand year-old history has left its mark in every corner of the Marca Trevigiana, an area with stunning landscapes to admire, delicious flavours to savour and ancient traditions to discover.

Travelling through the Marca Trevigiana you come across finds dating back to the age of the Paleoveneti people, to then reach roads built during the Roman domination and Mediaeval fortresses and castles. The legacy of the Republic of Venice is impressive, a period in which the Marca Trevigiana became the home of works of art and stately homes. There is no shortage of places dedicated to remembrance of World War One: the Montello, Piave and Monte Grappa areas were the settings of many heroic battles, whose protagonists were courageous characters who went on to become a symbol of these places: the Alpini (Italy's Elite Alpine Troops).

Who are the Alpini?

The Alpini elite corps became famous after its heroic actions during the First World War, although it was formed some time before then, in 1872, with the aim of protecting the northern borders of the-then Kingdom of Italy which had expanded after the Austro-Prussian War. The new Italian territories indeed had a particular feature: they were all mountainous areas, with impassable, difficult terrain. Captain Perucchetti's idea lead to the formation of a corps of soldiers born in the mountains, with emotional ties to the local area and thus motivated to defend it, but who also had a thorough knowledge of its hidden dangers: the Alpini.

Every year, since the end of the First World War, the Alpini have been meeting at a major event to remember their first spontaneous gathering, held in 1917: this year is therefore the centenary celebration. To mark the occasion the gathering is being held in Treviso, a city which holds special significance for the Alpini, on 12-14th May. Exhibitions, commemorative events, visits to places of remembrance and cultural events form a preview for the launching of the official celebrations, which will culminate with the procession along the city walls, on Sunday 14th May. An occasion not to be missed for people who want to delve deep into the history of the Marca Trevigiana, but also to discover the other fascinating traditions of this area.

The oldest traditions of Treviso province also include wine production, boasting production of numerous fine wines for centuries. In the Marca Trevigiana there are in fact three wine routes, winding through the landscapes of hills, vineyards and little villages. Each one is dedicated to different enological specialities: the most famous wine production is Prosecco, to which the Strada del Prosecco e Vini dei Colli Conegliano Valdobbiadene is dedicated. Now the route bears the name it was given in 2003, the year in which it was also redefined, reaching 120 km in length. In reality, this route is the successor to Italy's oldest wine route, and was already an attraction back in 1966.

The Strada dei Vini del Piave is instead a route measuring 170 km winding along both banks of the river. In this zone the main production is Cabernet, Merlot, Raboso, Pinot Nero red wines, but not only those. Besides celebrating taste, when you embark on this route, you observe spectacular landscapes and the traces left by the Venetian Republic, which at the time already held the wines of this area in the highest esteem. The third and final wine route of the Marca Trevigiana is the Strada del Montello e dei colli Asolani route which winds along the gentle rolling hillsides where numerous varieties of white and red wines are produced.

Three different routes to experience if you want to delve into the ancient wine-growing tradition of the area, to discover the flavours of local products and enjoy the breathtaking natural and historical landscapes. 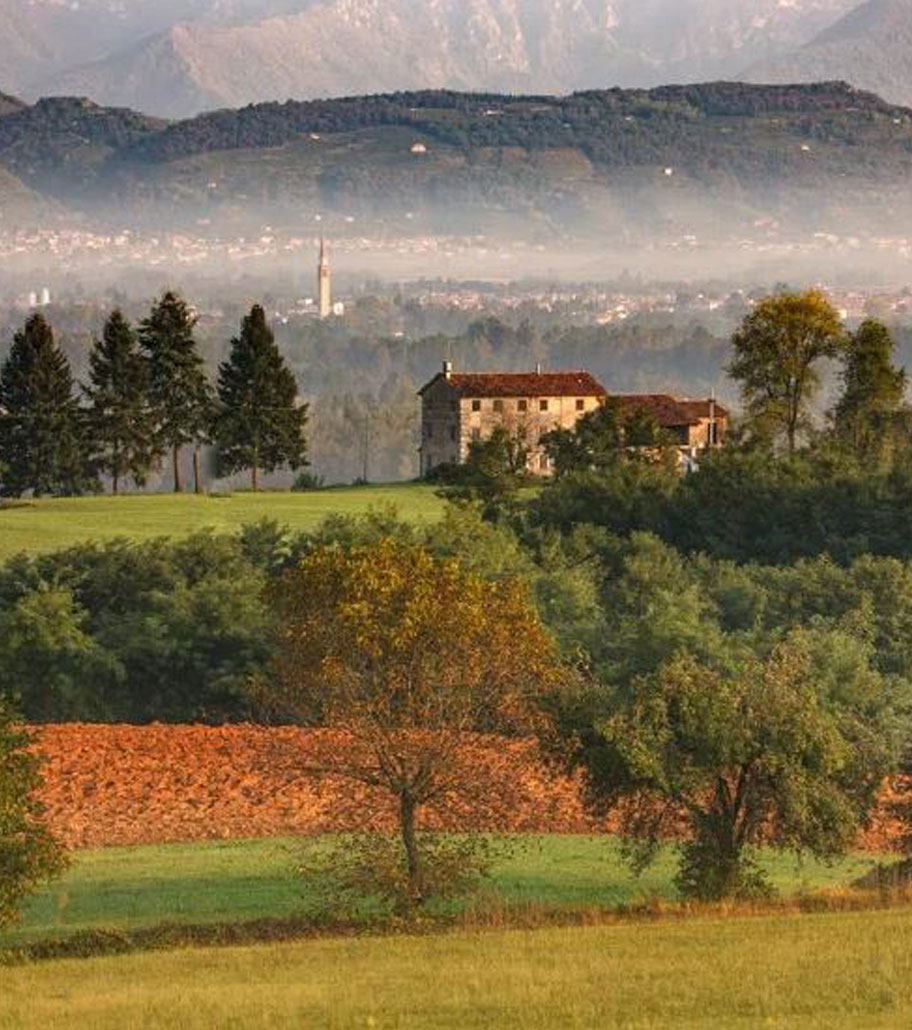 Alpini: courageous characters who went on to become a symbol of these places