Once upon an Eastertime


Easter in our day and age is not just a religious event, it's a time of fun and happiness, to be spent with our family and closest friends.

The most fun part of this event is not a recent invention. Just ask grandparents today to remember how they would spend Easter when they were children to discover numerous popular traditions.

Habits and customs changed from region to region, even if the many local traditions always had something in common. In our grandparents' days, for example, the Italian saying "Christmas with family, Easter with whomever you please" did not exist. Just like Christmas, Easter was indeed one of the occasions to spend with the whole family reunited. Religious celebrations were an occasion to be spent with the whole family. There was the essential Seven Churches Visitation on Maundy Thursday and taking part in the village or town procession. Much enthusiasm went into the organisation and setting out of everything that was required for the traditional Easter Sunday lunch. The days preceding it were dedicated to preparing Easter games and treats for the coming days.

Egg hunts back in our grandparents' days

While we are used to buying packaged chocolate eggs as gifts for our children, in our grandparents days Easter eggs were made at home and were not always sweet like the ones we are familiar with. In the Veneto and Friuli-Venezia Giulia, for example, Easter eggs were simply boiled eggs with decorated shells. To decorate them, grasses and wild flowers were applied on the shell and then the egg was wrapped in a piece of coloured cloth. During boiling these extraordinary natural colours left their marks on the eggs, which were then used for playing entertaining games together on Easter Monday. In Udine province people played a game called “truc” where each child had to roll his or her boiled egg along a sort of sandy slide, racing it to the end of the run in a sea shell (actually called a “truc”) without knocking into the other eggs present; if you did hit another egg, you had to pay its owner a few coins. A more complicated version of the game is still played even now in the main square in Cividale (Udine) on Easter Sunday and Monday.

In Brianza people would hold an entertaining egg hunt known as the tradizione della Gallina Matta (Mad Hen tradition). What did it consist of? For kids back then, the Mad Hen would come to their homes the night before Easter Sunday and lay her chocolate eggs, large and small, in the most unusual places, sometimes covered with a layer of sugar and other times wrapped in coloured paper. On Sunday morning, the adults would gather all the children together and start the egg hunt, which would cover every space around the home, including the garden if the weather allowed. Grandparents have joyful memories of the great commotion that was unleashed in the home during that egg hunt, which ended up with all of the eggs being counted and distributed fairly among all of the children present. There were always eggs hidden so well that they were lost and then found a long time afterwards.

As mentioned previously, in our grandparents' days Easter tradition was to spend time with the fully reunited family, usually around a table laden with lots of good things to eat. Preparations for the food to be eaten together on the Sunday began several days before Easter. In Liguria, amongst other places, tradition dictated the preparation of Torta Pasqualina, the savoury dish that features in many an Easter lunch. Torta Pasqualina is usually filled with chard, peas, artichokes, eggs and cheese and take a long time to make, especially because of the homemade pastry, which needs to rest and rise before being baked. In many Italian homes, Good Friday was the day for preparing cakes and pastries. In southern regions, people would make biscotti and taralli, to be eaten on Easter Sunday or Monday, during the traditional trip out to the countryside. In Basilicata two very unusual desserts were always present - “scarcedda” and “pup”. Both were made from a mixture of flour, sugar, eggs, milk and oil. The first one was made in the shape of a basket, with a centre filled with mostarda (candied fruit in mustard syrup), decorated with icing and whole eggs; the second one instead was in the shape of a brightly-coloured doll, covered in multi-coloured sugar sprinkles before being handed out to little girls.  Boiled eggs were an essential element in sweet and savoury dishes in the olden days, to such an extent that in some cities Easter Lunch actually started with an antipasto based on this ingredient. In Cremona province, for example, people used to prepare bitesize appetizers made with a slice of salami and a slice of boiled egg, decorated with a blessed olive leaf. It was very important that the egg in this dish was eaten first, to officially end Lent, and then only afterwards, the salami. All of the olive leaves would be burnt on the fire at the end of the meal. 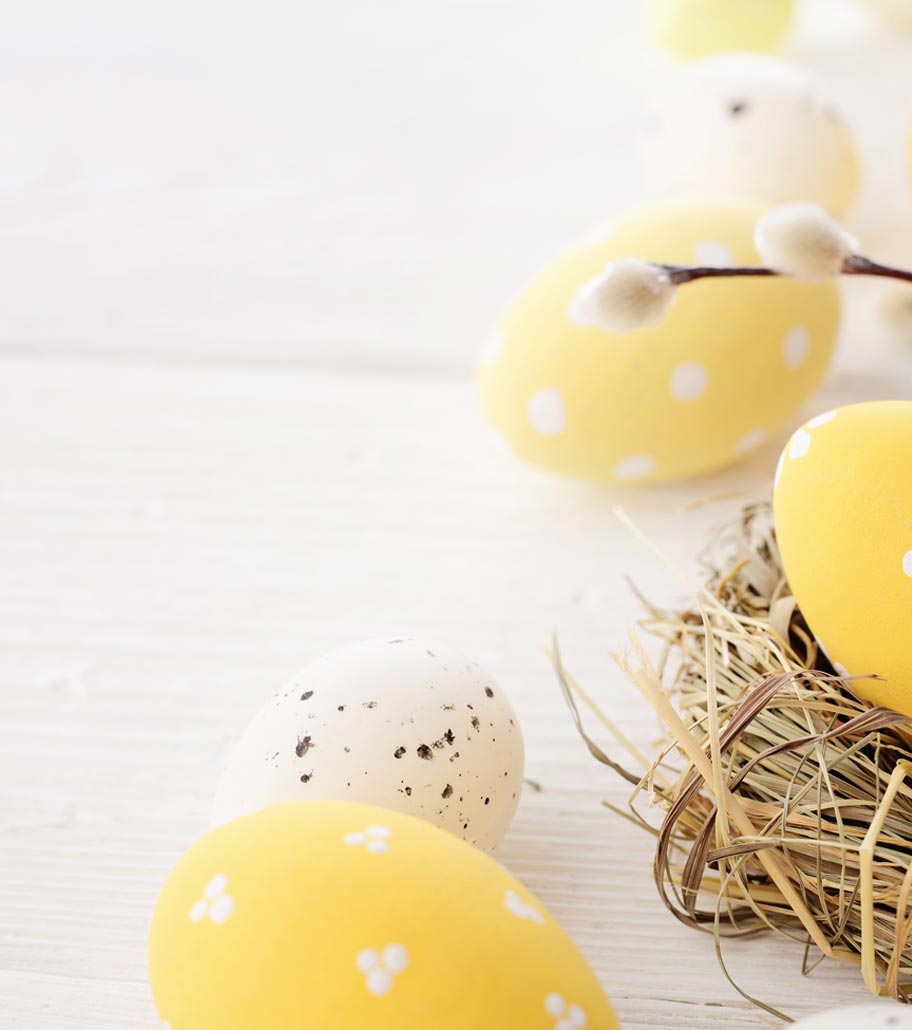 Christmas with family, Easter with whomever you please