Polenta: the food of bygone days


The origin and history of polenta are closely linked to the history of cooking.

Polenta is one of the oldest dishes in history and it’s considered one of the first cooked dishes. Used by the ancient Sumerians and in Mesopotamia, polenta was a dish made with millet and rye. The classic version, however, is made by cooking coarse grain flour in salted boiling water. Initially, a mixture of coarse spelt cooked in salted water was used and considered peasant food. Today, it’s become an excellent cooking product to pair with food like mushrooms, tasty meat dishes or aged cheese.

But when was the first polenta actually cooked?

Polenta is deeply rooted in the cultural identity of our land.

In ancient Rome, a softer type of polenta made with cooked ground spelt was called ‘pultem’. When corn was brought to Europe from America, it took the place of spelt as polenta’s main ingredient. According to some, corn had been available in Europe for some time, as it was grown in the Middle East.

Was the corn used in our polenta American or Persian?

Before 1492 AD, in Venice, rustic, popular biscuits called Zaleti were made with yellow corn flour. No one knows for sure where the first corn used in polenta actually originated from. Certainly, though, trading with the Orient allowed Venetian merchants to introduce the yellow grain to the Polesine marshland region and in Friuli.

Polenta as we know it today.

For a long time, in all of Italy, polenta was a staple food. Its use, though, is deeply rooted, especially in northern Italy, including Veneto, Friuli, Lombardy and Piedmont. Polenta was traditionally cooked by pouring stone ground flour from a height into a large pot of salted boiling water and stirring constantly for at least one hour. Once ready, it was served on a round plate, covered with a large dishcloth to keep it warm. Farmers ate it at every meal, from breakfast to dinner. On good days, it was accompanied by cheese.

Today, this dish is served in various ways and with many products, according to the area. The traditional recipe, though, remains the same:

300 g flour per litre of water for a firm consistency

250 g flour per litre of water for a softer consistency

In the past, polenta was traditionally cooked on a wood-burning fire in a heavy copper pot called “paiolo”. Today, though, we just need a hob and a heavy-bottomed pot with a lid.

Bring a large pot of water to a boil with a tablespoonful of coarse salt. While whisking gently to prevent the formation of lumps, pour the flour into the pot in a steady stream. Once the polenta has reached the right consistency, lower the flame the minimum and cover the pot. Cook for about 45 minutes. The longer polenta cooks, the easier it will be to digest. 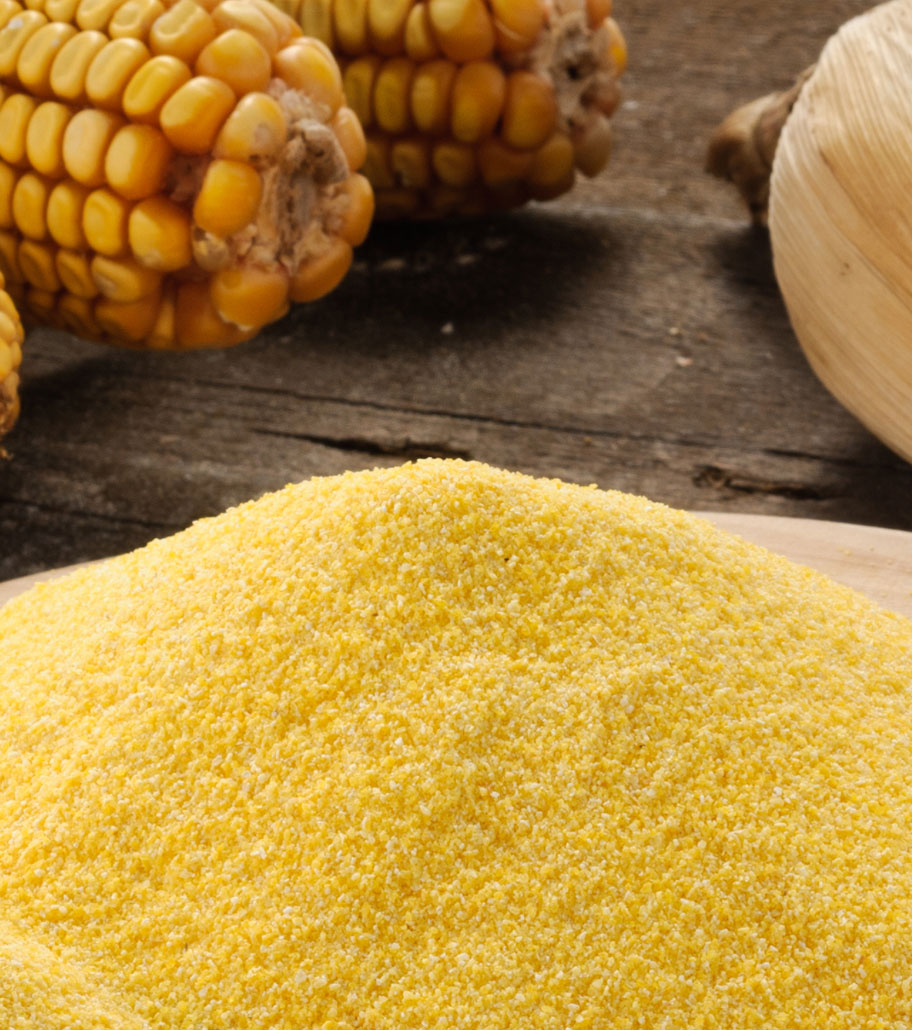 Polenta is deeply rooted
in the cultural identity
of our land.