Spring Asparagus, the same as it always has been


Green, white or violet asparagus varieties are not only delicious, they are also highly prized for their diuretic properties and because they are a rich source of vitamins and minerals.

Asparagus is an icon of Italian spring cooking and has finally landed on our tables with its delicate flavour. Asparagus is certainly one of the season's most eagerly-awaited vegetables. That may be because its appearance in market gardens is really short (from March to May) or because it is so versatile in the kitchen.

The history of asparagus

It is said that the origins of this vegetable are truly ancient. In fact, it seems that its discovery dates as far back as the times of ancient Mesopotamia, an era in which people began to appreciate its surprising flavour, until it started spreading to other parts of the globe. It is in fact mentioned in certain texts of the Ancient Greeks, who not only used it in cooking, but also for decorative purposes, creating dainty wedding coronets with it. It then began to spread from the warm Mediterranean zones across Continental Europe: the hardiest, most flavoursome varieties were developed in France, Holland and Belgium.

So, asparagus is still as popular today as it always has been and is currently used a lot in haute cuisine, as well as Italian cucina povera (the cooking style of the poor), inspired by traditional flavours.

When talking about Italy, we must clarify that every area has its own asparagus. Asparagus in the Po Valley area is white: its characteristic colour and sweetish flavour derive from the cultivation method adopted, whereby spears are grown under soil, deprived of sunlight. The most common asparagus, found all over Central and Southern Italy and in Emilia-Romagna, is certainly green asparagus, used to prepare a vast range of dishes; you can also find the unusual violet asparagus, cultivated in the Slow Food protected area of Albenga, in Liguria. This asparagus is the only one of its kind in the world and its unusual colouring is due to its genetic heritage rather than a specific cultivation method, which preserves the purity of the variety since it cannot be crossed with other asparagus varieties.

Many of the Italian recipes in which it is employed have cucina povera roots: they are recipes that came to be almost purely by chance, combining a dash of imagination with the handful of available ingredients and creating simple yet tasty dishes which often became part of the local culinary tradition. This is what happened, for example, in Lombardy where the tasty local asparagus put with Parmigiano Reggiano cheese, butter and a fried egg (clarighì, in local dialect), gave rise to the now-famous asparagus Milanese, a recipe that is popular throughout the region.

But this vegetable is used in lots of tasty recipes pretty much everywhere in Italy, even if eggs, Parmigiano cheese and butter are some of the ingredients with which it is most often associated. In many cases, it is instead simply eaten steamed with a drizzle of extra virgin olive oil, maybe a squeeze of lemon or vinegar or with a fresh sauce maltaise (prepared using mayonnaise and blood orange juice). Asparagus is furthermore typically used in soups, mousses and pureed soups, adding a delicate and surprisingly taste hint.

During the Easter period asparagus is the star ingredient in many recipes: quiches, ravioli and filled pasta, lasagne and simple, tasty pasta or rice dishes.

Do you need some inspiration to make a Spring-themed recipe? Try using asparagus in a tempting pasta dish, maybe together with some other brightly-coloured spring veg.

How does gnocchi with cherry tomatoes and asparagus sound? 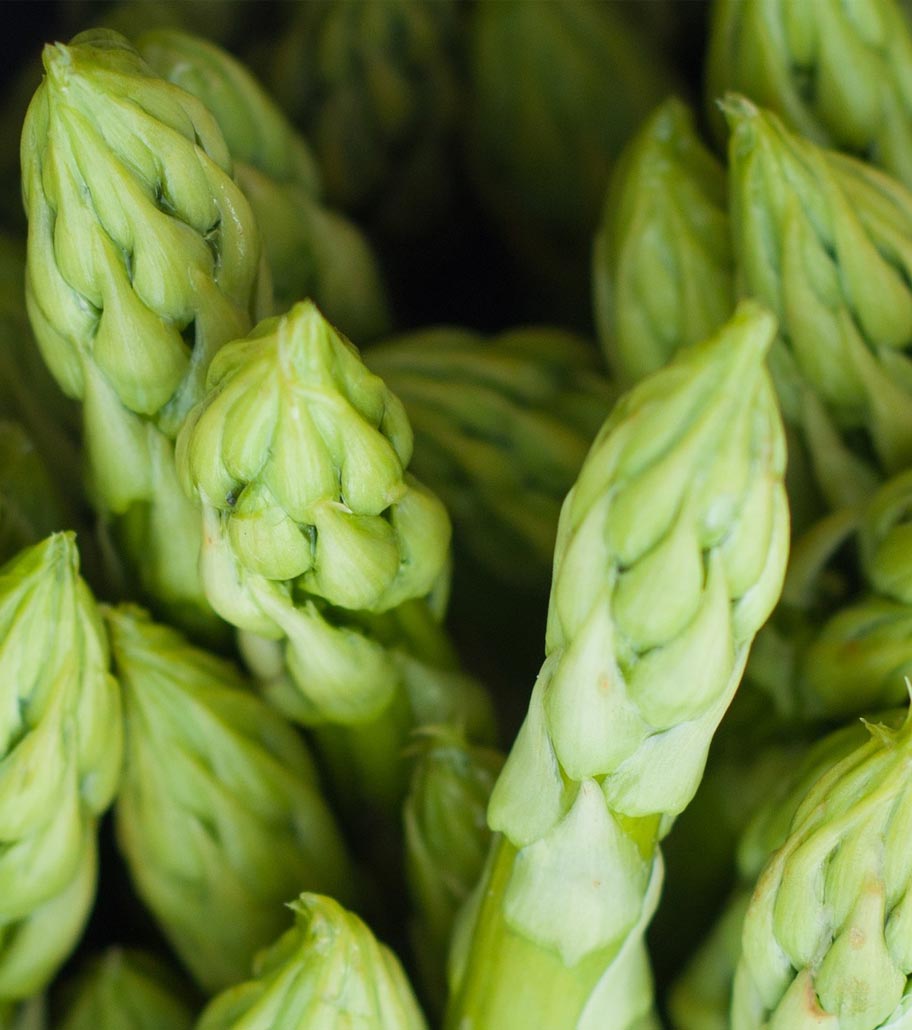 It is said that the origins of this vegetable are truly ancient.